Achieving a low-carbon energy infrastructure is a top priority for many countries to combat climate change or reduce pollutants that harm air quality and local ecology. Growing demand for low-carbon development will drive up the construction rate of renewable energy resources and lead to more comprehensive carbon emissions policies. In China, where energy demand is still growing, the primary balancing act is how to transform energy infrastructure to have a smaller carbon footprint without suppressing energy demand.

The key has been to act quickly to build renewable energy capacity and make policy decisions that encourage the development of decentralized renewable energy infrastructure. Although this is a challenge, it is also an opportunity in the Chinese market. Developing renewables helps to decarbonize the grid and brings new employment opportunities and a refreshed momentum for economic development and social transformation.

For China to achieve its “dual carbon” goals of peak emissions by 2030 and carbon neutrality by 2060, the renewable energy industry, driven by developments in wind and solar power, boasts huge potential to achieve these goals while also boosting the economy and ecological recovery.

China’s push for decarbonization will involve a broader approach that includes the build-out of nuclear energy, hydroelectric, and ultra-high voltage transmission lines. However, the bedrock of its energy transformation is wind and solar power. Wind and solar power installations can be built quicker and decentralized. Decentralized renewable energy is when businesses (or individuals) install renewable power generation directly on their property, which can in turn power their buildings. If those assets produce enough power, they can even sell the excess energy back to the grid. Both centralized and decentralized renewable energy play a role in pushing towards a low-carbon future.

China’s onshore wind energy resources are unevenly distributed. Currently, wind farms are mainly located in Northern China, in areas that are sparsely populated and do not have significant local demand. But in economically developed regions, such as the eastern and southern regions, which account for more than 70% of electricity demand, wind energy resources are scarce.

Furthermore, the geographic requirements for wind turbines to be most effective makes it difficult to achieve wide decentralization.

Every year, the cost of producing solar panels decreases. Today, the price of solar panels is even more competitive with coal and natural gas. At the same time, the development of new technologies and materials is constantly improving the efficiency of photovoltaic conversion. Furthermore, China’s photovoltaic industry has a full capacity up and down the entire industrial chain from upstream high-purity crystalline silicon and midstream high-efficiency solar cell production to the construction and operation of photovoltaic power plants. The Chinese solar panel market already has a well-developed value chain as well, including key intellectual property rights.

Solar energy is also a much more flexible source of green power, with application scenarios including large, centralized power stations, commercial or industrial rooftops, or off-grid power for people in remote areas. Providing reliable solar electricity does face a few challenges – namely instability due to weather and cloud cover. However, there are already a variety of solutions in existence or development, such as energy storage, solar thermal power plants, and intelligent photovoltaic generators.

While the industrial capability to build out renewable infrastructure is a major part of reaching a low-carbon grid, it is not the only tool in the arsenal. Pushing businesses to take responsibility for their contributions to emissions is also a core part of the decarbonization strategy.

Last year, the National Energy Administration announced a list of pilot zones for county-wide solar panel roof installations, involving 676 counties and cities. In 2021, China’s new PV installation reached 53GW of capacity, generating 29GW, accounting for about 55% of new energy generation in the country, which for the first time accounted for more than half of the new generation.

On April 1 this year, China rolled out its first mandatory code for carbon emissions in buildings, the General Code for Energy Efficiency and Renewable Energy Use in Buildings, which sets higher requirements for the use of renewable energy, and new building complexes and buildings must also contain planned usage of renewable energy. The code requires new buildings to install solar energy systems and establishes detailed requirements, including the minimum lifespan for solar thermal collection systems (15 years), and photovoltaic modules in solar photovoltaic power systems (25 years). 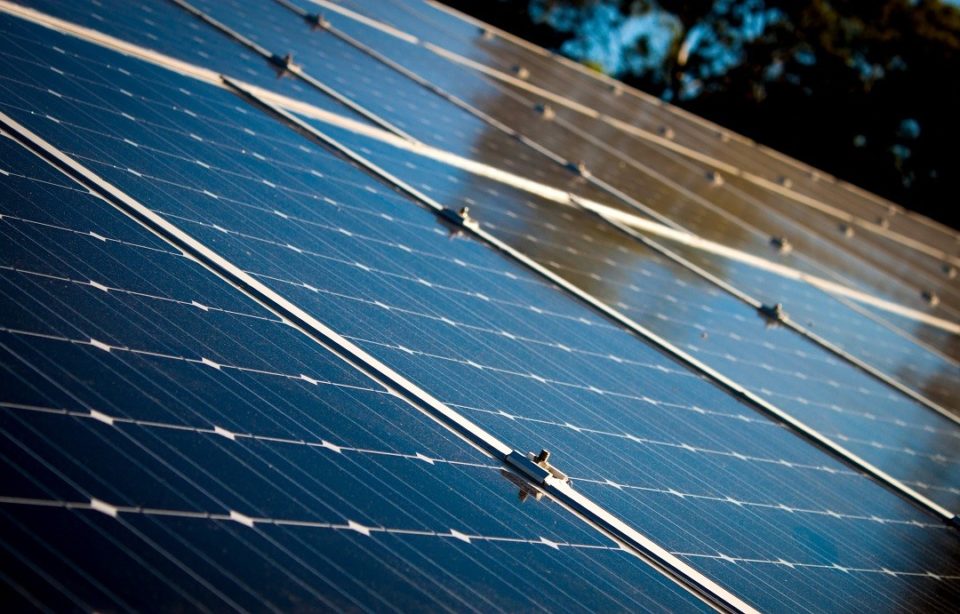 In the context of economic development, Chinese officials often evoke a deep concern for nature as well: “lucid waters and lush mountains are invaluable assets.” This means that the overarching approach to promoting energy transformation and improving energy structure is not only to stimulate rapid economic and social development but also undertaken to protect the environment and hurry the repair of the ecology that has been damaged.

In recent years, China has taken an initiative to revitalize the environment around abandoned mines, attempting to restore the immediate areas around the old mine through ecological restoration, land reclamation, landscape preservation and reconstruction, reuse of abandoned mines, and construction of national mine parks. These sites are also being used to construct solar power installations – turning a once desolate area into a generator of clean energy.

The construction of solar power plants on some abandoned mines makes full use of the deserted mine sites. Many of the largest mining areas suffer from soil erosion and desertification, as well as damage to vegetation. Photovoltaic power plants, when installed in these areas, can promote soil restoration, prevent further soil erosion, and restore local ecological damage to improve ecosystem functions.

Meanwhile, photovoltaic projects can also be integrated with agriculture, fisheries, tourism, and other sectors to achieve cross-industry development. In Datian, Fujian Province, there is a “terraced field” created by solar panels installed on a former agricultural site. In Houshe coalmine in Shangjiang, a similar project was undertaken to reuse abandoned fields, warehouses, courts, coal platforms, sheds and other lands.

Transforming areas in a state of disuse into a new generator of renewable energy revives abandoned work sites without needing to develop a separate, untouched plot of land.

Decarbonization is not a choice

China has committed repeatedly to its “dual carbon” goals of peak carbon and carbon neutrality and encouraged the use of renewable energy as the method to achieve them. For many reasons, wind and solar are the foundation of this infrastructure due to improving cost, efficiency, and flexibility in installation. Over the past year, we’ve seen a continuous rollout of policies pushing both public and private actors to reduce carbon emissions with solar panels – and those are unlikely to slow down. Aligning with the national interest of decarbonization and ecological restoration is now less of a choice, and closer to being law of the land.

Aden can help your business.

Customized solutions to transform your workplace and improve quality-of-life.

Tell us what you need.